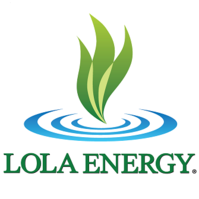 Jim is a lifelong resident of Southwestern Pennsylvania.  Jim has been a licensed CPA and attorney for his entire career.  He was employed by Ernst & Young LLP in Pittsburgh, PA from 1995 through 2000.  In 2000, he joined Equitable Resources (predecessor company to EQT Corporation), a public company headquartered in Pittsburgh, PA with Appalachian gas utility, midstream and conventional upstream businesses, where he initially held various tax and finance positions.  Jim was promoted to Corporate Treasurer in 2006 and led the effort to restructure ​Equitable Resources into EQT Corporation following the repeal of the Public Utility Holding Company Act, as well as the execution of nearly $2 billion of public debt and equity raises to finance EQT’s entrance into horizontal shale development in Appalachia.  He was later promoted to Senior Vice President of EQT Production, and before resigning from EQT in 2014, he had functional upstream responsibilities including strategic planning, process improvement, business development and land operations with a 125+ employee reporting structure.  Following the expiration of a one-year non-compete agreement with EQT, Jim subsequently co-founded LOLA Energy, LLC (“LOLA1”) in 2015 where he was elected Chief Executive Officer and was also appointed as a Member of the Board of Managers. Under Jim’s leadership, LOLA1 secured a $250mm equity commitment from Denham Capital and deployed equity funds to build and control a 17,500-acre position via greenfield leasing and mineral buying in the core of the dry gas Marcellus/Utica play in Greene County, PA and Monongalia County, WV in less than 18 months.  Within the acreage footprint, he and his land and operations team established an initial 7 pad locations able to support drilling of 25 Marcellus wells, 18 Upper Devonian wells and 2 exploratory Utica wells, supplemented by over a dozen additional working pad locations, as well as establishing right of way access for the initial pad locations to take-away pipelines with capacity to sell the anticipated gas production.  LOLA1 exited the position after only a full two-year cycle from initial startup (ahead of financing and staffing efforts) to a closed and funded sale to a strategic buyer just ahead of drilling at a favorable return on investment (approximate 2x ROI and >50% IRR). Jim then co-founded in 2017 Muddy Creek Energy Advisors, LLC (“Muddy Creek”), where he was elected Chief Executive Officer and appointed as a member of the Board of Managers.   At Muddy Creek, he led the effort to raise limited partner capital to fund a mineral portfolio with Mingo Creek Minerals, LLC and a second oil and gas operating company at LOLA Energy II, LLC (“LOLA2”).  Jim was also elected Chief Executive Officer and appointed as a Member of the Board of Managers of LOLA2.  LOLA2 is currently invested in a lease portfolio in Greene County, Pennsylvania designed for horizontal shale gas development.  In 2021, Jim founded LOLA Energy III, LLC (“LOLA3”), where he was elected Chief Executive Officer and appointed to the Board of Managers.  LOLA3 was launched to make acquisitions of distressed oil and gas businesses in the Appalachian Basin and in March 2021 closed on an acquisition of Key EM Energy, LLC, renamed LOLA Energy PetroCo, LLC (“PetroCo”).  PetroCo is a 22,000 net mineral acre acquisition with 48 horizontal shale gas wells, 18 drilled and uncompleted wells and 4 top set planned horizontal wells, making it a top 10 shale gas driller in Southwestern Pennsylvania.  In January 2021, Jim also joined the Board of Directors of Arena Fortify Acquisition Corporation.  He received his BS in business administration from Waynesburg University in 1991 and his JD from the West Virginia University College of Law in 1994.  Jim is a long-time member of the Board of Directors of the Pittsburgh Ballet Theatre where he served as a former Chairman and currently serves as the Audit Committee Chair.  Jim is also currently the Chairman of the TKE Foundation, Inc. headquartered in Indianapolis, IN.

Joe was born and raised in West Virginia.   Joe worked his way through college as a roustabout, pumper, well tender, rig operator, truck driver, and dozer operator with Creston Oil Company, including two years full-time.  He is a Certified Petroleum Geologist and worked for Ashland Exploration from 1981 to 1997 in a wide variety of geology and exploration advisors positions.  Following a stint with Ryder-Scott from 1997 to 1998, Joe joined Equitable Resources (predecessor company to EQT Corporation), a public company headquartered in Pittsburgh, PA with Appalachian gas utility, midstream and conventional upstream businesses, where he first served as a Senior Geologist evaluating various plays within and without the Appalachian Basin for acquisition and development and was a member of the team that acquired Statoil’s Appalachian business in 2000.  He then served as the Development Team Leader for EQT’s Eastern Kentucky districts from 2001 to 2006, managing a land, engineering and geology development team, that was responsible for the drilling of 120 wells/year over the last three years, adding approximately 160BCF in new reserves.  From 2006 to 2011, Joe served in various geology positions responsible for EQT’s Marcellus, Devonian Shale (Lower Huron) and Coal-Bed Methane plays, including 375+ horizontal wells for shale, tight sand and conventional targets; 220+ CBM wells; 60+ vertical shale, tight sand and conventional targets; and test wells for new targets and areas, including horizontal CBM, Marcellus, Berea and Upper Devonian targets. Joe was promoted to EQT’s Vice President Geoscience in 2011 and through his exit in 2017 was responsible for all geoscience efforts related to EQT’s Marcellus, Utica, Upper Devonian and Lower Huron plays, as well as deeper exploration in the Appalachian Basin, including the Rogersville Shale.  Joe also oversaw new ventures evaluations for the Permian, Williston (Bakken), Niobrara, Mississippian Lime plays in the United States and unconventional plays in China.  ​Joe received his BS in Geology from West Virginia University in 1981 and his MBA from Morehead State University in 1992.

Clint Soderstrom, Chief Commercial Officer
Clint has been in and around the Oil and Gas business his entire life, having grown up in an oil and gas family in Oklahoma.  Clint, having a finance background and being a licensed attorney, started his career as a corporate and securities attorney in Tulsa Oklahoma.  He went in house with Williams Companies as a part their corporate development group focused on M&A transactions in 2007 and quickly transitioned into a deal lead role as a part of a five-person team charged with spearheading Williams’ entry into developing unconventional plays across North America.    Clint led business development, negotiations and due diligence activities for multiple deals across the Eagleford, Bakken, Powder River and the Appalachian unconventional basins.  He was also part of the team actively managing ongoing commercial activities in the deepwater Gulf of Mexico and the Piceance basin.  In 2009, Clint was part of the Williams team that identified and executed on Williams’ entry into the Appalachian basin through the Atlas Midstream acquisition and the first two Cabot Oil and Gas transactions.  Clint was then asked to move to the Appalachian Basin in 2009 to help manage and continue to grow Williams’ commercial and operational activities out of their Pittsburgh Office.  In 2011, he joined EQT Corporation, a public company headquartered in Pittsburgh, PA with Appalachian gas utility, midstream and conventional upstream businesses, where he initially held the Director of Business Development position, responsible for all Midstream and infrastructure strategic development.  He was promoted to Vice President of EQT Midstream Commercial Operations and Business Development in 2012 where Clint was responsible for helping develop a stand-alone midstream organization, gathering and processing commercial strategies for EQT productions development plans and a corporate strategy for developing an MLP drop down for its midstream business.  Clint was part of the EQT Midstream executive team that sold Equitable Gas to Peoples for $740 million, grew EQT midstream from a one-party gathering system, moving 300 Mmcfd, company to multiparty, 3.5 bcfd moving, $4 billion dollar market cap company, after IPO in 2014.  After resigning from EQT in 2015, following the expiration of a one-year non-compete agreement with EQT, Clint subsequently co-founded Fullstream Energy Holdings, LLC (“Fullstream”) in 2016 where he was elected Chief Commercial Officer and was also appointed as a Member of the Board of Managers. Under Clint’s leadership, Fullstream secured a $210 mm equity commitment from EIV Capital and deployed equity funds to build a 700 Mmcfd capacity greenfield midstream gathering and compression asset in the core of the dry gas, WV Marcellus/Utica play in Harrison, Taylor and Barbour County.  Fullstream is currently in the monetization phase of its life cycle.  In 2021, Clint joined LOLA Energy III, LLC (“LOLA3”), as the Chief Commercial Officer and was appointed as a member of the Board of Managers.  LOLA3 was launched to make acquisitions of distressed oil and gas businesses in the Appalachian Basin.  Clint received his BS in Finance from Oklahoma State University in 2002 and his JD from the The University of Tulsa College of Law in 2006.

Lacey has spent her entire working career in the Greater Pittsburgh region.  Lacey is a licensed CPA and worked for KPMG LLP in Pittsburgh, PA from 1997 through 2004 rising to the rank of Senior Manager.  One of her most significant client assignments with KPMG was Petroleum Development Corporation, an Appalachian based oil and gas operating company.  In 2004, Lacey joined MEDRAD, a manufacturer and distributor of high tech medical devices comprising that segment’s Americas division within Bayer HealthCare and based in Pittsburgh, PA.  Within MEDRAD, she served in a variety of accounting positions rising to the level of Head, Americas Controlling before her departure in 2012.  From 2012 through 2015 Lacey served as the Controller for Plextronics, Inc., also based in Pittsburgh, PA, a Carnegie Mellon University R&D spinoff and international startup technology company that was private equity backed. She subsequently joined LOLA in 2015 where she was named Controller and elected Secretary/Treasurer.  At LOLA, she led the accounting, finance and administrative functions of this private equity backed grass-roots start-up oil and gas operating company that was successfully sold in 2017 to Rice Energy.  Lacey received her BS in accounting from West Virginia University in 1996 and her MBA from the University of Pittsburgh in 2008.

LOLA Energy has deep local relationships and the technical know-how to execute our plans in the right place with the right people. As local residents and natives of the area, we fully intend to create win-win opportunities for our local landowners and local vendors that collaborate with us.